Images below are from a 135 ft. Christmas tree which we erected. It was the largest single trunk Christmas tree erected in the world. The tree had to lifted by Chinook helicopter, and the branches and part of the trunk removed to lessen the weight, so that the helicopter could lift the gigantic tree &… Read more »

“There is not a big enough tree for us,” says the dream maker, John Egan, while he remembers their 1994 Maxon Tree. Spectacularly decorated, it measured 29 meters (92 ft.) in height and it was the tallest Christmas tree in the U.S.A. in 1994. Other Egan Acres trees have decorated New York City such as… Read more » 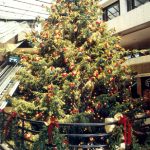 This 52 foot Douglas Fir was brought to Canaimas Park of Caracas by Egan Acres Tree Farm from New York to Caracus, Venezuela by cargo plane in 1998. The tree was then lowered by a crane through the ceiling of the Telcel building. Part of the glass ceiling had been removed to prepare for the… Read more » 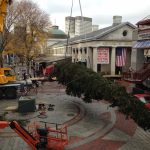 Posted on Sun, Nov. 24, 2002 Miami’s Christmas tree tops NYC’s BY OSCAR CORRAL ocorral@herald.com How do you upstage New York City during the holidays? You get a bigger Christmas tree. For longer than most people can remember, the massive tree at Rockefeller Center in Manhattan has laid claim to the title of most famous,… Read more »